I'm a bit peeved at the mo., the painting below which I had just finished after several evenings work, is no more. It had taken probably 10 hours of work and after I decided it was finished sprayed it to fix the charcoal and drifted off into an unremarkable daydream whilst spraying - when I came back to earth I had sprayed way too much and now the charcoal was in a puddle grrrgh - I left it to dry and then tried going over the lines again but the spread of the fixative meant that many of the lines had bled into the canvas and just could not be saved. Ah well that'll teach me to pay attention 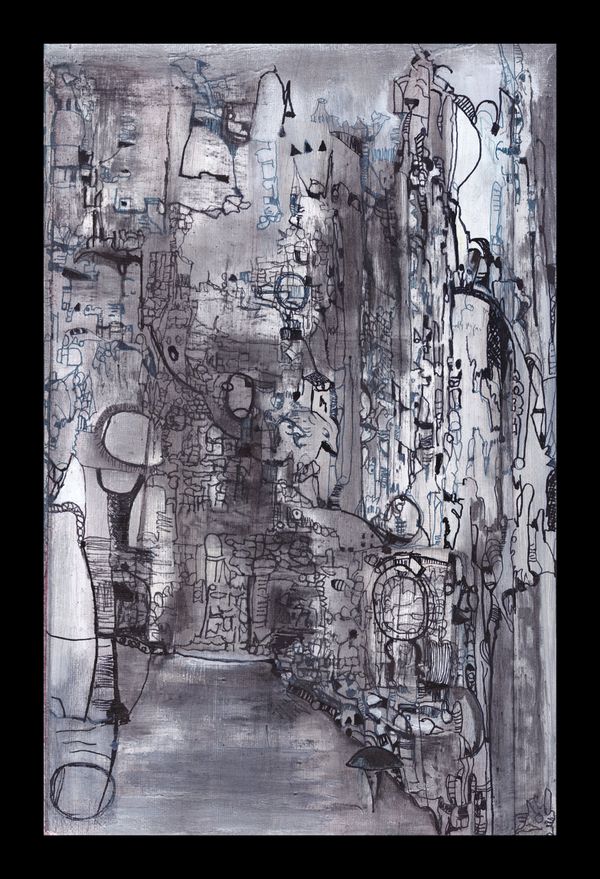