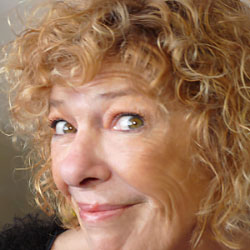 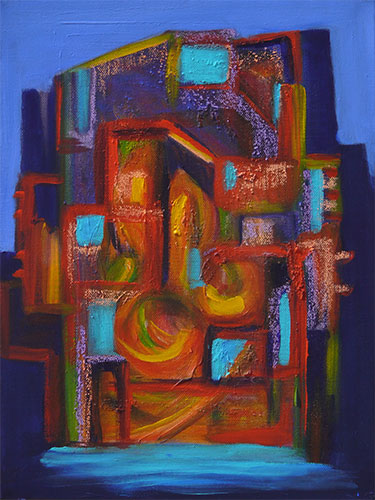 Here's the "upgraded" version of the first Pell Mell: 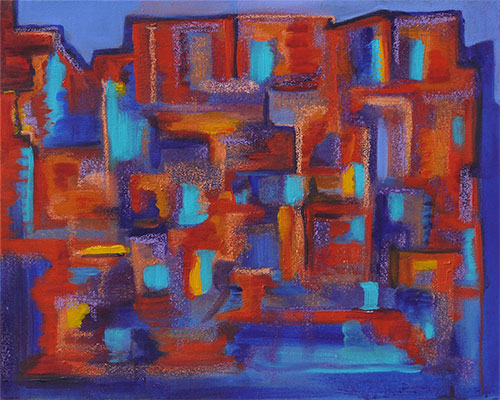 I decided a couple of weeks ago that rather than have some of the older paintings sitting around the studio gathering dust, it would be better to re-use them. So without a totally clear idea of a theme, I started on the one below.

Probably due to the fact that we've been living in the same apartment for 4 years(the longest time we've lived anywhere)this painting, which begun as an abstract started to take on the semi linear lines of the buildings which surround us.

Using pastels which give a lovely texture on canvas as well as my customary acrylics Pell Mell virtually painted itself.

I was pretty pleased with the result and started the second painting. 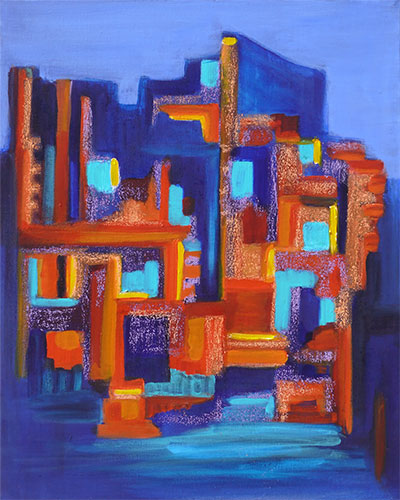 Starting the second one it soon became clear that this was going to become a small series. Not only that but when this one was finished I realized that it was much better than the original and so it's back to work on the first one to give a little more definition to the shapes.

This will be the third of them. It's still a work in progress, and I'm enjoying incorporating parts of the original painting into the new one.I'll post  photos of this one and the first Pell Mell when they finished

Seitan is a versatile source of vegetarian protein. Andrew and I have been making our own for several years and he finally got to making a video on how to do it.

Making your own seitan from wheat flour is really easy. But I think it's not that easy to learn from text due to the washing process - which is why I wanted to share this video.

Basically it's making plain dough out of flour and water, later washing out the starch to leave just the protein and then boiling it in a marinade.

It takes about 5 minutes to make the dough, 5 minutes to wash out the starch and another 10 minutes for the prep work. So it's about 20 minutes work and including resting the dough and marinading, the whole process takes just over one hour.

Tips:
1. Don't use wholemeal flour.
2. The approx. half hour "soaking" in water is important. Too short or too long and things go wrong when washing out the starch.
3. The texture of the seitan is influenced by how much the dough is washed. Not washing enough results in seitan that tastes of flour. Washing it until the water is clear results in a very rubbery texture.
4. The seitan can be left in the marinade overnight.
5. It keeps in the fridge for a few days.
6. Breaded seitan slices are nice with potato salad too.(Schnitzel mit Kartoffelsalat)

Having shown you some of Sam's carvings I thought I'd show you the man. So here is a charcoal portrait that I drew from one of the photos that Andrew took. As you can perhaps see he has seen a lot of life 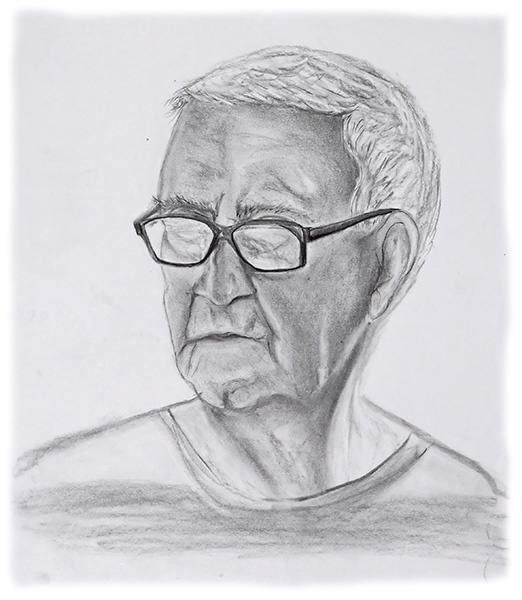 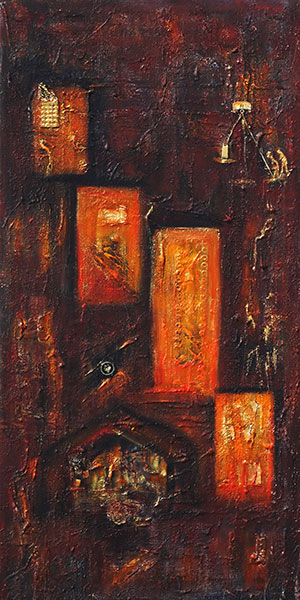 So here is the final result of my play canvas. It has a lot of texture and found objects.The colours are really rich and earthy, and I so enjoyed working with these colours that I think I shall start another canvas with them in mind. But with a different theme.

I've been working on a canvas now for a few weeks, it has not been going well. In fact it has been really frustrating, I've been glazing and glazing and still am not seeing what I want to see 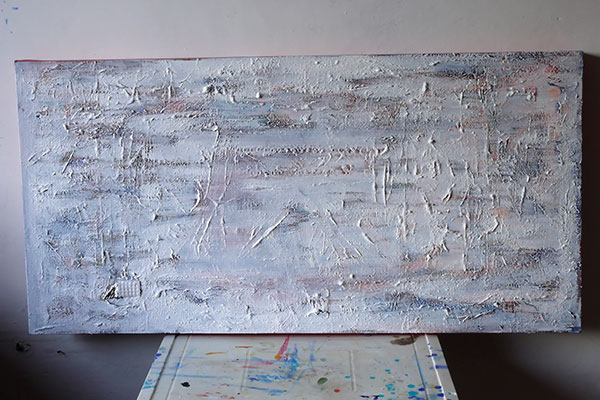 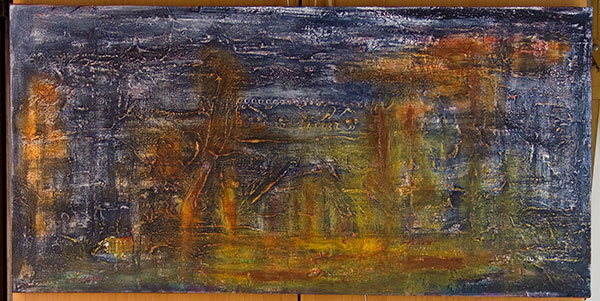 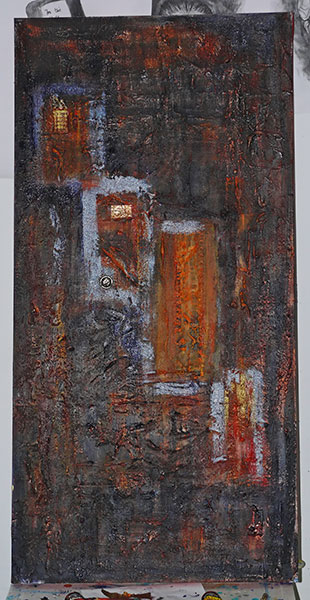 So today I was looking around and I noticed my play canvas beckoning and after an hour or so there it was, finally, I could see a painting. So here is progress so far, there is a lot to be done still but I'm excited about it and can see the final piece

We went to visit Sam who is a carver yesterday. He lives in an unremarkable street, in a terraced house which from the outside looks ordinary. But inside the house is another story as every room has a different pattern of Maltese tiles laid. Here are a couple of photos of the tiles. I really love them, many of the older houses have these tiles, they have so much more personality than their modern counterparts. 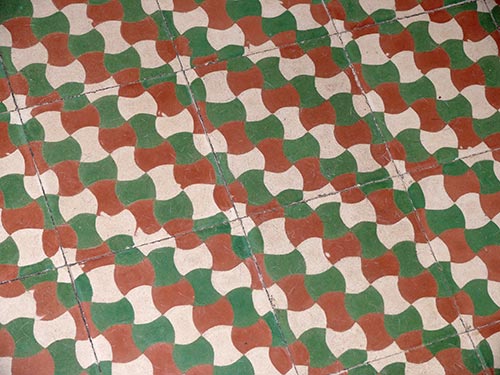 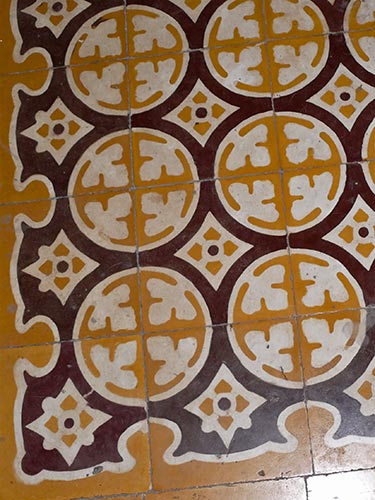 We went up onto to the roof, it was like climbing to a different world. Here he spends much of his days carving from blocks of limestone and making things out of gypsum, he has created intricate and delicate cities of stone. We left him sitting in the sun, smiling and carving out his own special world. 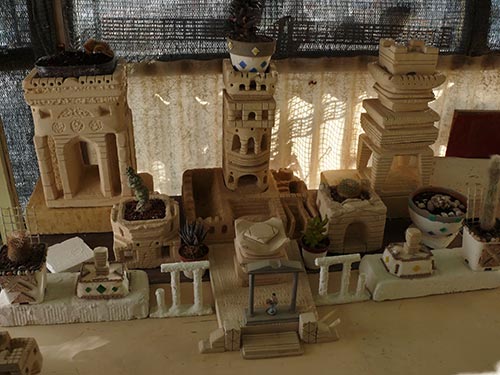 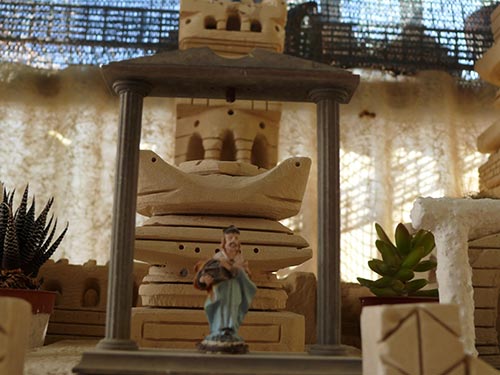 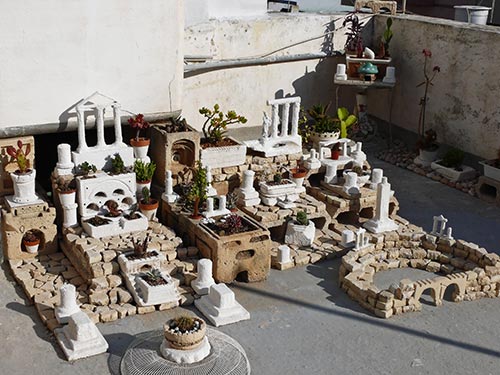 The People have won.:   www.telegraph.co.uk What absolutely brilliant news.

That people can change things without resorting to pulling out the big guns and doing the whole mine is bigger than yours thing. That it took only 18  days. That  they remained a civilised nation throughout.. The people of Egypt rock They have given me hope for the world. 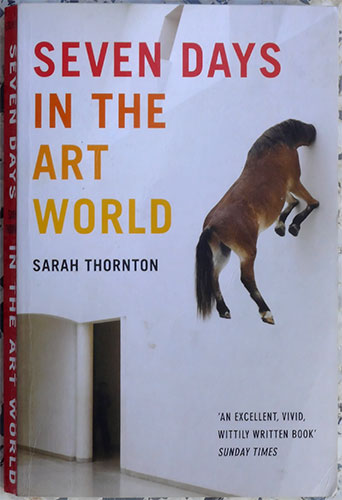 This book was so enjoyable the first time around that I'm  re-reading it.

Sarah Thornton approaches the contemporary art scene as an objective observer, taking the reader from the rarefied rooms of the auction house through the quirky and sometimes cut-throat world of the Biennale and onto the often nonsensical Critics, artists and art magazines; which all provides insight and information.

She moves through this world with humour and insight and paints great little vignettes of the sometimes larger than life and often crazy characters.

I visited Doranne Alden's exhibition Jewelled Colours, in the Club lounge on the 15th floor at the Intercontinental Hotel, St. Julians, Malta last week. She paints everyday objects with dash and flair. She works in watercolour using the Ecoline Liquid Watercolours brand which at first glance could can be mistaken for acrylics as they are so rich and vibrant. In fact I may have to try them myself.

The exhibition runs until February 18th. Pop along and have a look for yourselves. 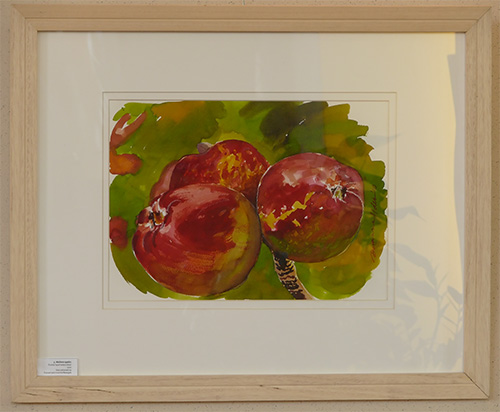